Photos 1 to 3 Zanzibar – Photo 4 Dar es Salaam – people rush out to the streets. 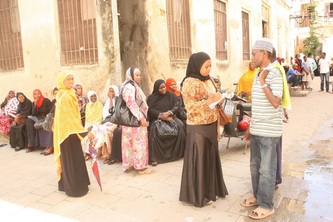 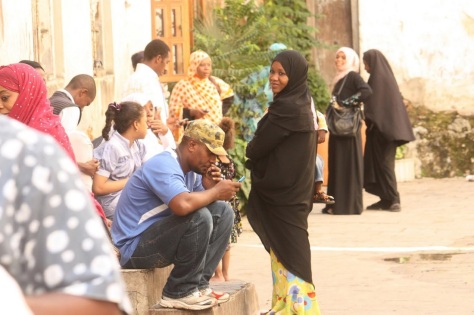 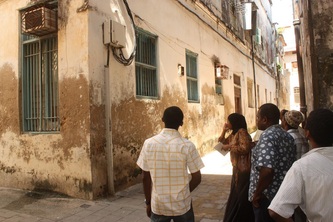 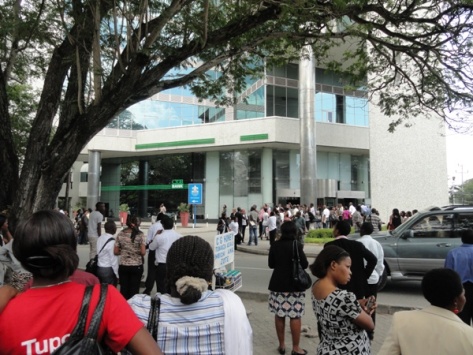 People rush out of high rise buildings in panic

View of Dar es Salaam, as captured yesterday by our roving photographer shortly after the city was hit by a 4.8 magnitude tremor. (Photo: Khalfan Said)

An earth tremor with a magnitude of 4.8 hit Dar es Salaam city centre yesterday causing
panic among people living and working in high-rise buildings, but no casualties were reported.

The tremor which lasted for between two and three minutes happened at around 11:28:13am,
according to the Executive Director of the Geological Survey of Tanzania (GST), Prof Abdulkarim Mruma.

Explaining, Prof Mruma said the quake measured 4.8 on the Richter scale. He said its centre
was about 10 kilometres under the sea at latitude 7.08 south and longitude 39.628 east.

The tremor was felt 52 kilometres East South East of Dar es Salaam and 105 kilometres
South East of Zanzibar. He said the quake caused no harm to people and properties, and that its cause is yet to be established, adding that such tremors are unpredictable.

“You cannot predict a tremor, not only in Tanzania but worldwide. We can only measure its magnitude after occurrence”, he explained.

He said sometimes, people can use birds and some animals to predict its occurrence, adding that Dar es Salaam felt the tremor because most of its land consists of valleys, mentioning Ruvu and Mzinga Rivers, Wazo and Pugu hills in the city.

Prof Mruma said the earthquake last occurred in Dar es Salaam four years back and was
largely felt in the Northern part of Ruvu River near the army camp.

Interviewed, Yvone Mtefu who works at NIC Life House called on responsible authorities
especially the fire brigade department to have its offices near high rise buildings, so that it becomes easy to rescue people in case of disaster.

Gastro John who works in the same building said: “The tremor was not big, and it lasted for
a few seconds so before we moved out of the office, it was over.”

In April this year, Babati residents in Manyara region experienced a tremor which lasted
for a few minutes. The Manyara tremble caused no damage to human beings or property.

Two strong earthquakes hit northern Malawi and southwestern Tanzania in December 2009
according to the US Geological Survey (USGS) killing two people in Malawi, but there were no death, injury or damage to property on the Tanzanian side.

More News
News on the earthquake was first obtained from fiends located in Dar Es Salaam. Some of them felt the shaking while others didn’t, reportedly, some people were evacuated briefly from offices for safety concerns (see photo below).The following  added information was also reported at earthquake-report.com

First reports out of Dar Es Salaam to Earthquake-Report.com  are indicating a MMI IV = light shaking

Around noon, a very shallow coastal  earthquake occurred at a short distance from Dar Es  Salaam. As the area has only very few earthquakes in the past people  have been scared by the shaking.