About The Film Video

The land speaks Arabic Part One 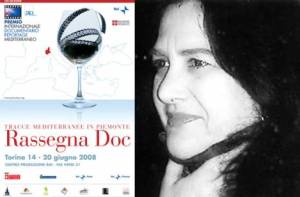 In the end we must come out publicly with the truth

Palestinian director Maryse Gargour uses film as a means to confront the history of the Palestinian struggle.  R.R.

The president of the international jury, Thierry Fabre, said the film earned the award for its clear presentation of facts.

“We awarded the film this year’s prize because of Gargour’s innovative documentation techniques and the importance of the historical facts presented, which are related to events on the ground in historic Palestine between 1917 and 1948. Many things presented in the film are unique historical records and unknown by even an informed public.”

Film-goers universally praised the documentary because of the simple presentation. Gargour’s film garnered two other awards including the Arab States Broadcasting Union (ASBU) prize for best film and the Special
Broadcasting prize presented by Algerian television after they decided to air the movie on state television.

Bad Movies in Greece produced the 61-minutes film in collaboration with a French production house, Rose Productions. CMCA jury member and Greek film producer Pandora Mouriki told MENASSAT that she cast her vote for Gargour’s film because it is commonplace in conflicts for crimes to be glossed over because the lack of historical documentation.

Gargour unearthed rare photos in order to add a new form of historical record to the interpretation of that period in Palestinian history. She told MENASSAT that this was in part to reveal a new body of photographic work to contrast the record of events washed over by the volume of pictures broadcast daily about the Arab-Israeli conflict.

“There are great injustices in this part of the world. I can’t just stand by helplessly and not say something about this injustice – in other words the way the Palestinians were kicked out of their country,” she said.

“All the movies I have directed have been about the period that preceded 1948. All that is happening today is the consequence of injustice practiced against the Palestinians of before 1948.”

1948 is simultaneously hailed as the year of Israeli independence and of the event Palestinians call the Nakba,” or the great catastrophe, in which some 700,000 Palestinians were forcibly removed from their land.

Gargour’s film directly confronts the aims of the Zionist leaders who were behind Israel’s creation as a state.

She told MENASSAT, “I talk about the mind of the Jewish leaders who wanted to create a state for the Jews in a country that was already populated by its Palestinian citizens. This is what pushed me to say, “The Land speaks Arab,” meaning that before these people came, there was a place called Palestine where people were living and still live albeit under Israeli occupation.”

Critical points of the movie’s appeal don’t simply come from the rare archives and documents alone.

“There are many archives about the transfer and the deportation of the Palestinians, but what is more important is to choose what to put in a movie,and the ideas to move logically from one scene to another till the end. This
movie demanded a lot of time during the research phase.”

Gargour told MENASSAT that she obtained film footage and pictures documenting Palestinian villages before 1948 – views of their lifestyle as if captured in a time capsule, footage of how people in these villages were living, with women wearing their traditional dresses going about their daily business.

“Without all this, it would have been impossible for me to make this movie, for all this footage allowed me to recreate the Palestinian space, and this is very precious for me,” she said.

Yet the past lives on

The documentary also has interviews with Palestinians who were born and lived in Palestine, and who still  vividly remember what it was like at that time, before they were expelled.

CMCA jury members praised these live testimonies because they were not just calls to victimhood but records of Palestinians who, according to one jurist, “could be gone in a few years.”

Gargour herself lived through the Nakba in her early childhood; her family left left the coastal city of Jaffa, where her father was a wealthy merchant, 1948.

“First, I’m Palestinian. My parents and grandparents lived in Jaffa.during my childhood, I constantly heard stories about Palestine and what life was like for my family in Jaffa. I heard how the British were first against the
Jews creating a state in historic Palestine, and how my mother went to the streets screaming down the Balfour Declaration, which granted Jews a state,” she said.

Gargour now lives between Beirut and Paris. Other documentaries to her credit include A Palestinian Looks at Palestine (1998), Blanche’s Homeland (2001), and My Jaffa (1997) and Far from Palestine (1998), both of which she wrote and directed.

After receiving her award for best documentary, Gargour told the audience that European broadcasters rarely screen Palestinian movies, and called upon media workers and station managers at European TV stations to do more to make the Palestinian voice heard.

“Rarely do Europeans get to hear Palestinians’ version of history during those dark years,” she told MENASSAT.

Now we know why The ME and The Whole World is in such a Mess – My Comments!