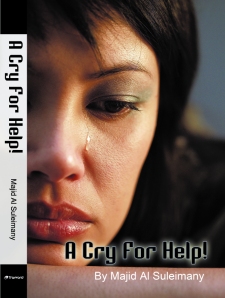 3                    With now ever more increased radicalisation, extremism and fundamentalising of the Offices environment and in similar to the overall similar fast changing facts of the ground in the region.

In three parts, the book concentrates on the management styles and aspects of the companies located in the Arabian Gulf Cooperation Council that encompasses

In deep self-analysis and in consciousness, it critically looks into and assesses any changes in particular – if any – in Arab Management – post The Arab Spring Uprisings that shook the countries in the region post January 2011 – after the First Arab Spring Uprisings in Tunisia with the self immolation of Mohamed Buazizi in Tunisia.

The book critically reviews, analyses and discusses the:-

v  Changes in the Arab Management aspects (if any!) – post the Arab Spring Uprisings from January 2011 onwards.

v  Lessons that have still not been learnt despite all the changes in the MENA Region in Arab Spring Uprisings.

v  Still the ever ‘Ostrich Head in the ground’ – ‘Hard of Hearing’ and Push The Dirt under the carpet’ Management approaches – especially from the local environments, focuses and outlooks!

v  The ever faster growing radicalization of the local staff – especially The Youth and in particular.

v  Still some misbehaving expatriates – and the old guards locals!

v  The ever more increasing extremism and fundamentalism in the offices

v  Other sensitive and related issues

Using personal experiences, examples, and illustrations, Al Suleimany exposes the new reality and truth and moves away from the trend and approach of hiding

exposes the new reality and truth – and moves away from the trend and approach of hiding issues and problems.

“It is a unique book, written in a unique style. It is a soul searching and critical evaluation of one’s own people in the field. He extols the culture and importance of work in his religion and the pitfalls and lackluster attitude of the Managers in position about the Principles and Process of Management.” – Editor Features, The Observer

“Someone must have the guts and courage to write about this growing danger and phenomena with us here now – before it is too late for everyone!” – American CEO

“The book is critical but objective—and portrays the Arab mind and focus in its proper perspectives.” – Senior Omani Public Official

“Your writing is quite exceptional, informative, and gripping.”

“There is a great need for improvements and achievements in this particular arena —your book has tried well to cover all these to a very successful extent.” – British CEO

“Part of the problem of Arab Management is the inherited autocratic society we live in, and confronted by new Management concepts and innovation believing in freedom of expression, empowerment, delegation, transparency, ethics and accountabilities – and the clash between the two.” – Indian CEO

“Despite everything that has happened so far since the troubles started last year – nothing has changed much at the workplaces – if not for the worse in divisions between locals and expatriates – and in rivalries, polarisation, jealousies, envies – and lack of ethics, transparencies and professionalism” – A VP HR (Omani).

And so many others.

This will be a Tell-All – at whatever repercussions and consequences. Enough is Enough! Things cannot be allowed to go on like this – too many lies and deceptions already!

I am looking for partial sponsorship, financial backing and support especially from those who can – and believe in me – and in this planned new book!

Allah God be with you all – Amin  Amen