The Committee Has Not Met Yet! At My Workplace!

The Committee Has Not Met Yet!

In hindsight and again speaking from my own personal experiences and in retrospect – I wish to reiterate this point – that though we have seen some initiations and improvements in the citizens’ rights and freedom – still nothing has changed much on the grounds and in reality.

The problems are the same in pushing them forward into action, reality and into practice – rather than them being minutes of meetings – and if even filed for records first of all in the first instance. There is need for real movement into action, propelling, push, dynamism and pragmatism in moving them forward – into practice and into reality. Time is not in our side – in essence and or in favour – before we all get bogged down into being reactive ‘fire fighting’ – and further ‘red tape, bureaucracy and inaction’!

It is alright to put news of improvements and changes for the better in the media – but what is the use of all of them – if they are still not practiced – or excuses given for delays and procrastinations – as is the usual case? I hope that Readers can remember of what I wrote before of those working within the system – the ‘old guards syndrome’ – to prevent and or delay changes. These peoples need to be exposed – and kicked out – and as lessons to others.

This is also the real truth still! The citizen cannot still win – or very few isolated cases in success – against the public departments and bodies. This is even if you have a case where if things were really practiced and put in action – the citizen SHOULD win in case of dispute scenario. But he will simply not win. Adversely, the same public body can take you for action – and or sue you in courts for the ‘same case and situation’ – for as many times as they want – and the case will still be heard – and nothing can stop them! Even if you cannot draw blood from a stone! 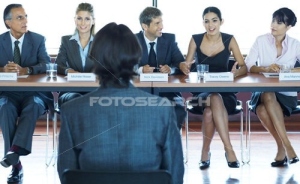 You go to the Public Officials that you know to hope for solace and intervention – and they are obligated to do so by their authorities, power, control and auspices dominion – if not that you know them well and hope Wastah will kick in – but does not! Simply no one will ever lift a finger to help you – or they turn away from you as if you do not exist- and even if you try to contact then face to face – let alone by emails and by phone? Even if you want to fight against the Big Cats for your rights or that company of yours that is closing down – you end yet again as The Loser!

How long these things will go on – before something breaks up – or blows up in front of our faces? The truth and in actual fact – the things at stake and at issue are in reality not really big unsolvable issues – but involve the usual uncaring, care-free, no-interest, cannot-be-bothered-the least approaches and attitudes. What if really big things were at stake? One shudders – and does not want even want to start thinking on this! Heads need to roll – before things can really improve – otherwise it is a lost cause – and everyone will end as the loser!

Even if you have given up and do not want to fight your case – because you know you will lose again as the citizen – and complied by what ‘as has been thought as fair and equitable – does not matter if you think differently – who cares? If you follow up your case – so you can be in the clear – and restore your personal freedom and rights – you get the same excuse – The Committee has still not met yet to discuss and or finalise your situation. You are not the only one – so just wait! This is said to you more in annoyance and in anger – rather than in trying to cool you down – or making you understand about the situation – and in letting you know about the results.

There are things I said in 1980s that now have really happened in reality and on the grounds too. Yet I was given all the labels – including having chips on his shoulders! – A big mouth – a trouble-maker – needs to be stopped! – and so on!

My problems are that I care and feel a lot – and want things to work out – and not go bad! Instead, I always end up as the victim of circumstances of my own making for speaking up and making a stand – and the usual at the end loser! Whilst those who do not care or bother get rewarded – and acknowledged – and given more and more – because of their lack of caring and in indifference.

Twice I have given up writing anymore – only to persuaded to come back in again. Of course, I cannot deny that I need the money – if even after 35 years of dedicated services, loyalty and feelings of caring are simply wasted – because I cannot touch much my own pension for the very same aforementioned reasons.

I can now understand and appreciate why people turn to Religion in despair and in giving up hope – instead of the few like Mohamed Buazizi of Tunisia in self-immolation. I simply cannot understand and comprehend why people are so mean and dastardly to each other – and not wanting to change – despite all the changes around us now!

I am really tired now in continuing writing about these same issues – and I am still in the tunnel – and no hopes for to see the light at the end of the tunnel – if ever that will be so! 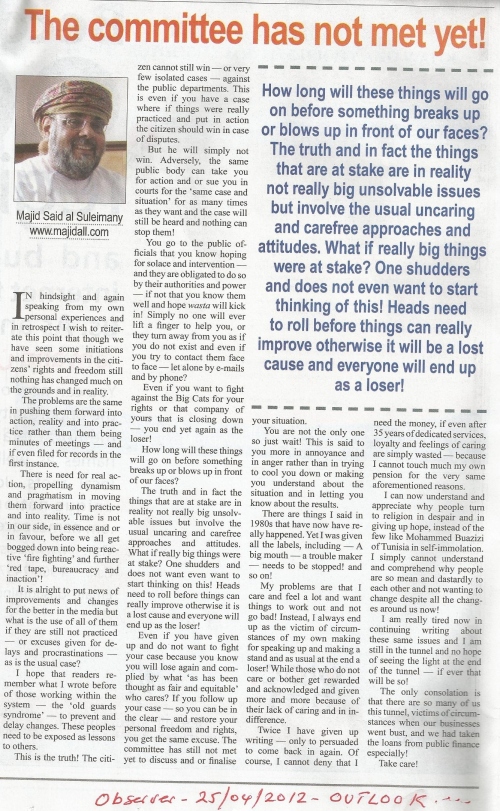