A long time ago I was travelling to this Far Eastern country – and as I was getting out of the toilet – this old type of a man gave me a hand towel to wash my hands. I noticed that there were no tissues or towels in the toilet area – and I was saying to myself that this was a very good thing in customer personal services by them – when the shock was on me when he asked for a ‘bakhshish’ – a decent polite word describing ‘he wanted a bribe’ from me for using the towel!

Similarly, in one of the places I had visited in East Africa – I wanted to travel to another town to meet some of my relatives who were staying there. I went to the Airlines Travel Agency to book myself a flight. The man wanted to see what kind of passport I had – and I told him that though I speak the home lingo very well – but I was carrying a ‘foreign passport’. 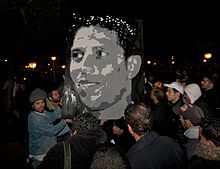 This was none of his business on the outset – as I was going to pay in USA Dollars anyway – as I had told him this already in the beginning. But he insisted on seeing my passport – which was irrelevant as the place was within the country anyway – even if there was an International Airport there – but the flights were internal and domestic!

Being bull-headed and resistant – I was saying to myself that I will not bribe for this ticket at whatever costs to me! My desperate relatives there keen to see me told me that it was the ‘norm’ to give out something (a bribe?) – if I really wanted to travel. The man pretended to go inside ‘as he told me to check’ the Passengers Manifesto. Sure enough he came back to me to say the plane was ‘full’ – even First Class as another option that I had tried! So I decided to go back rather than pay the bribe. But I said to myself – I never received a bribe in my life – and for certain I will not pay one either.

Eventually I had to give him USA Dollars 20 against everything I held dear as my principles and ethics, because my Late Uncle was blaming me that I really did not want to see them – and I was just finding an excuse of not paying the bribe as not wanting to see them! Everyone is doing it – so what is the big deal. This is not Oman – my late Uncle cried out to me. Am I not your blood too? Remember this was a long time ago – not now as the tables are slowly turning even there for corruption and bribery – with even famous people being singled out in The Press – and that is how fast the world is changing now!

When I boarded the plane it was half empty – and there were only two people in the First Class cabin! The Airhostesses kept insisting for me to take in some more sandwiches and drinks – and I was not sure whether they were just doing their jobs professionally and ethically – or perhaps too looking in a more decent way for some ‘bakhshish’ too! I was not surprised when I learnt later on that the Airline went bankrupt – with such corrupt and bribery infested officials working with them!

My Uncle had given me ‘his best car’ for me to use whilst there. As we were returning home late at night, this Traffic Policeman on his motorbike started chasing me. I stopped and he then wanted to book me – because one of my car rear lights was off (even the brakes one). So he was making a big deal that vehicles behind me may think ahead was a motorcycle – and not a car – and what could follow was a very nasty road accident – and that would be attributed to me.

No joking or teasing stuff because I was really scared – and I had never before been booked for any traffic offence or violation – but my relative was cool – and said to me in Arabic to give him some local money to give the man! There was ‘another bargaining’ going on when he saw my International Driving License – as I did not know it was required to be officially locally stamped as well!

Finally he took what I had a few low denomination USA Dollars currency with me – in addition to the ‘bigger’ local currency. He waved us off cheerfully saying if anyone else stops you on the way – please tell them you already saw him (nick name)! A few days later I returned to Oman – holidays or no holidays – because I had enough!

If you are an avowed Reader of mine you may notice I had said about these cases before – and even more embarrassing ones too when I had to deal with such bribery and corruption issues – and more after I went for Early Retirement in 1998 in my Oil Company then!

Last week I was really astounded – to say the least – to see that there are many cases awaiting to be presented for persecution – and some based on corruption allegations in especially public offices. Frankly, I feel and would support that it includes also Public Sector and National Companies and Officials’ behaviours and attitudes too in their dealings – and this too to be added in the list

And for that matter even other Private Sector companies too – even the Family run ones – together with their bosses and owners. We see always the same Big Companies getting the same big contracts too – day in and day out! It maybe just coincidental – but if even the FBI and the CIA have ‘Insiders’ investigating their own – they cannot be that far wrong!

In all my writing career now over 9 years, I have yet to see much more of The Senior Columnists saying that they have been to a Public Office – and have come back ‘happy and fulfilled’. My first articles were Bureaucracy (and Red Tape) in The Public Sector – my first book – Between Us Only! – www.majidbooks.com and www.myown-ebooks.com That was one of the articles that had ‘launched’ my writing career as an ‘ambition, hobby and passion’ with this esteemed newspaper – which came to my salvation ‘when the chips were really down’!

The truth be said is this – that there are still some offices in the Public Sector that one to this day is ‘still scared stiff’ to visit – because anything can happen to you and or your application – despite all the public appearances – and websites and Call Centres!

And you would imagine that things would naturally and undoubtedly move faster and quicker with modernity– but still end with great problems, difficulties, hardships and pains to the Poor Citizen – as if we have not seen or noticed what has happened – or learnt our lessons – and still see what is happening all around us now. Even infringing personal freedom and liberty – and basic human rights for the citizens to be served – but being denied these basic essential services even!

It took one Tunisian not happy with the Public Office reception – can you imagine – to set off The Arab Spring Uprisings and Revolts the world over – even if people try best mot to be scared and to be afraid anymore! Things need to change fast – and time is of the essence – to be as quickly and painlessly as is possible – for the common good and benefits!

With sincere and genuine apologies!