The Role of Advisors!

Or The Difference – The Turks and The Arabs!

It is interesting to note that though there were protests pro and against the Turkish Government due to the mall thing – the Turkish army did not step in to ‘protect Democracy’ – but the Egyptians did. The Turkish thing died down quietly after some time – but now increasing in Egypt despite the intervention! 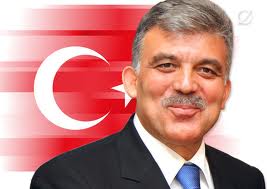 Point out – I am not pro or anti Morsi – as I am not Egyptian – and not my issue! Or my concern in reality!

Arabs and Democracy are far apart!

They just do not match – even after the Arab Springs!

So sad to see the last bastion in the Arabs go down this way into malaise, decay, decadance – wastage and demise – but we Arabs will never learn our lessons!

For My Books on Arab Management. Maybe some answers there?

See what The Publishers in USA, Kindle Amazon, Kirkus Books Reviews, Indie, and The US Books Review also say!

Just do not take my word for it!