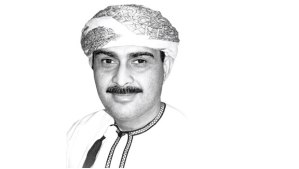 Muscat: The depressing reality is that Oman is beginning     to witness its human capital transferring to other countries for the simple     reason that the Sultanate cannot anymore satisfy the higher wages that its     skilled workers demand.

Talented local workers with years of experience are looking for better paid jobs abroad leaving the country in a brain drain zone. The gap they leave behind cannot be filled by graduates. The human flight can do an irreversible damage on a long-term basis if employers continue to pay low wages to its most experienced Omani staff.

And the problem is deeper than that. Oman is also losing its new talents as well for greener pastures.

With the government investing so much money in education and vocational training, the job opportunities need to match the  college and university leaving students’ expectations for wages. For the record, the Ministry of Finance has allocated OMR2.6 billion for education this year, twice the budget allocated for the same sector last year. The huge capital investment will need to translate into better paid jobs if we have to keep young talents right here at home.

Most of the Omanis who are leaving are emigrating to other Gulf Cooperation Council (GCC) countries and the prime targets are the United Arab Emirates and Qatar. That means that we are losing professionals and skilled workers that the government has paid millions at different levels of training and education. The areas in which we now face the brain drain are in Information Technology (IT), medicine, the financial sector  and academia. In a fledgling economy like Oman, we cannot leave talent gaps and then hope that things will remain alright. Employers must match the wages paid by our neighbours instead of hoping that someone from abroad will fill these positions when Omanis vacate them. For that to happen, attitudes must also change.

Top on the list is trusting local skills. Oman has     become so dependent on importing talent and the mind set is now embedded deep among the employers that only foreign workers can do a better job.     These employers are now being proved pleasantly wrong. While we shun our own skills, the GCC states hold these in high esteem and companies there     start to poach Omani talents. So where does it leave the huge effort of the     government which is spending about OMR4 billion a year on projects, trade     subsidies and education to inject funds in the private sector? Yes, it does     create jobs but now Omanis want to be paid enough to compensate for their talents.

It took 40 years to create a powerhouse of local skills. The ammunition of that powerhouse is better financial packages. Omani managers know that they are worth much more across the border than here.

In the UAE or in Qatar, a senior IT manager with 10 to 15 years of experience gets a monthly package of around OMR7,000. Here, they only get paid about OMR3,500. New doctors get a maximum of OMR700 per month in the Sultanate. They would get paid about OMR2,500 when they land     jobs in those two countries. One would say it is not exactly patriotism to abandon one’s country in its moment of need but better standard of living     is what drives people these days.

The funny thing is that 20 years ago, Oman barely had any experienced and skilled people to work in the high profile jobs in the private sector. It was natural to import these talents from different countries to push the wheel of development forward. It is a different scenario now. We have the right people now but we are beginning to export local talents when it is mostly needed here. The trend is threatening to wipe out any advancement we made in the last two decades in the build up of skilled workforce.  The result, if we don’t watch out, is the loss of senior managers to foreign bidders and that will give the Omanisation process a severe knock.

It goes without saying that to continue to compete on the global basis, Oman must invest on its local workers by paying them much more than the present wage scales if it wants to retain its skills.