The Dirty Games That People Play On The Others! 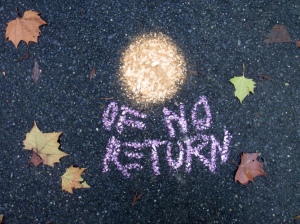 Images For Demonstration Purposes Only!

There is a famous East African saying that goes like this – The one who digs a well will go in himself! A Chinese one goes like this – If you dig a grave for your enemy – dig two graves! And keep one for yourself!

I am watching with great concern and consternation unfolding events in Ukraine where it is most likely for a full scale war to now erupt at anytime – from a fast changing scene a few days back where it seemed the violent demonstrations that took so many lives were ending and with a peace deal in the formation! All these things have now changed conversely for the worse instead!

As an Omani I am very proud and in holding my head high with pride and esteem with our HM and country policies of  ‘non intervention’ in the affairs of other countries! This is the reason why Oman is highly respected and esteemed in the international arena!

Oman did not rush to offer aid to Egypt (even if it could!) to Egypt after the violent bloody put down of demonstrations army led and to overthrow a democratically elected government – even if the win was by a thin margin! Democracy is democracy – even if you hate and dislike the winners! And the rule applies to all – not only to Western countries! Either you do it – or don’t! There is no middle ground here!

Please do not get me wrong! I am not a Muslim Brotherhood supporter – even by default or inadvertently! I wrote an article titled – Morsi: A Question of Management? – where my views are explicitly clear! I may even dare to going to say with audacity that Religion and Politics do not mix well – and Religious inclined parties need to evaluate their modus operandi and strategies well before going into politics – certainly when running for elections!

The modern world does not mix well with politics – and as we see the mess all over the Islamic and Muslim world now – from Afghanistan, Pakistan, Iraq and particularly Syria and Egypt now in the making! My sincere advice – watch the Egyptian scene – another Ukraine in the making!

Now the IMF and others are targeting countries like Uganda because of ‘curbing homosexuality trends’ with enacting stiff penalty laws! The interference in others’ internal affairs becomes a matter of routine and practice – and knows no bounds or barriers.

I find it strange that some of those that supported Sissi take-over of Egypt have now left the country – and living abroad. And he Sissi had even ventured to go to Russia to buy weapons – and their support for him because of their dislike of so-called ‘Islamic Governments’ – and the Afghanistan invasion is still not a learner to them – even now years later!

And looking at events like in CAR where massacres of Muslims are daily occurences – under even the so-called watches of UN and International forces! They know they can – when we do to our own without any feelings of impunity and conscience – and the continuing proxy wars of The Islamic Leading countries that should work together to ‘protect and preserve Islam’ – rather than doing the opposite with great harm, destruction and calamities instead!

Excuse me  please! – I am not a Political Analyst or Expert – but please forgive me for not stopping to reflect now in all that is happening now – and in smirking all over my face now! I am not the one that likes to brag – but saying ‘I told you so!’ – applies to many of us now – even to the small environments like offices with dirty games of the Mafias and The Old Guards that do not trust their own – and ‘in shooting at their own troops’ instead!

The worst evil games is causing frictions, splits and divisions between people – and using polarization tricks even!

May The Good Lord Protect and Preserve us from his anger and fury – Ameen – Amen.