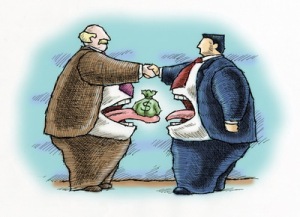 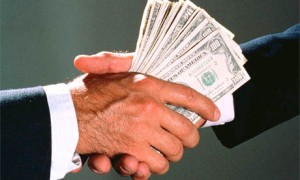 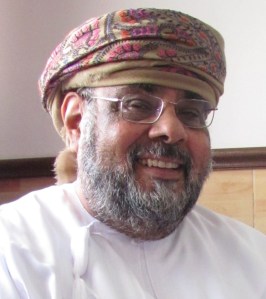 As a matter of ethics, principles, transparencies, accountabilities and professionalism – I am fully with you here – and that is the reason for my posting it in my website here  at –

However, if okay with you I would like to raise some points for your review and consideration – please – and with due respects, sincerity and apologies!

As you are aware, I used to have two columns ‘Between Us Only’ – before in The Oman Daily Observer – where if you remember I used to raise my points with you the coming Wednesdays on aspects ‘we agree to differ’ but with respects and adherence to one another’s viewpoints! Or in some cases, where we do agree but need to highlight some pertinent important points – as in this one case!

As you are also probably aware, I have written intensively on this particular topic of ‘Corruption’ in my columns and in my books also – see my columns websites here – www.majidall.com and www.majidwrite.com. Also my book site here at www.myownmajid.com – a search of the word corruption will reveal many such articles covered during my 13 years as a Columnist!

Frankly, I have met ‘corruption’ from the first day of working in that distant land – and even before I landed in Oman for the first time in 1972 from Tanzania. Our flight went through Karachi – and I met ‘bribery and corruption’ as even as a transit passenger – even as on ‘a refugee status’ – and returning home!

Also for your information in my job aspects in that oil company then at least in one of the jobs – I was handling over US Dollars 15 million per year – with full authority only my one signature to pay staff to OMR 15,000 and contractors to US Dollars 100,000 per one invoice! But I am dead certain I had not taken even one Baizas – as per my late Father’s preaching not to get involved in bribery and corruption – and try our level best to live ‘within our means’ – and to avoid excesses, artificiality, pretences and shallowness – devoid of pride, show-off and contempt of others. And treating others with respects and esteem – and in ‘live and let live’ approaches in life per se!

I must admit that even when I had my Consultancy there were many implied nuances for `bribery and corruption’ to get contracts – or keep them going – some were even direct with no ‘beating round the bush` syndromes – and ironically in one case an expatriate was asking me ‘how much I wanted to quote on stationery quotation’ – thinking that I was only working for the company as CEO – but not ‘smart and intelligent enough’ to run my own company!

Some of the people involved in the cases are ‘Top Guys’ who have full authority of how to spend the money under their control. Some of the budget are exhausitive and intensive – which you and I may consider high and huge – but for them is ‘peanuts’ in evaluation and comparison – especially if stretched out to a long period of time! There are so many instances of Miscellaneous that even the Auditors – even the External ones – would tend to pass through quickly in affirmation and checking!

You may find this funny anecdote now – but I found out that one of The Depot guy in my oil company in that distant land was using ‘snacks for office entertaintment’ as paying his Grocer for his food purchases – including strange purchases of ‘locks, ropes and bulbs’ for offices usages! – including stamps and stationery too!

Yes I fully do agree with you – but then perhaps we have seen too many films ‘where the Top Guys’ say – if you are caught you will be alone in this case – and we wash our hands off you! A recent film I saw was Agra – concerning American hostages during the Iranian Revolution times! It has been known to happen! And the way some of the businesses are run!

But it could also be that ‘even if they had suspicion’ these things were being played out ‘out of their view and sight’ – yes they may be aware – but perhaps throwing a finger of doubt into the equation – would they have known how far and deep the thing has gone in? Like the cancer cells attacking the body – but for all fits and purposes – looked all healthy and well from the outside and peering eyes!

There is an East African saying that the ‘homes hide a lot of secrets’ – skeletons in the closets (cupboards)! Similarly the same logic and theme could be applied to companies and departments one would imagine!

By the same logic that you use of people giving bribes – one could say the same should be said for those receiving bribes? If we go on this route – there are great consequences and repercussions for the great oil company which produces in my calculated guess of  90% of the income of the country! Imagine where we would be then!

Frankly, it is true that the Company has installed a lot of checks and balances to stem and wipe out corruption – with even HE Dr. Mohamed Al Rumhy – MOG – saying it was a ‘tough nut to crack’! It is really no excuse, blessing in disguise  or wishful thinking – but if you look at the alleged corruption like The Oil and Gas sector like in Nigeria – we are just peanuts – or ‘a storm in a tea cup’ – when it goes that high to Cabinet Ministers and The Central Bank too!

Corruption and bribery are cancerous cells that have spread all over the body – and like my late Father used to tell us – if your nose stinks – you do not go to cut it – but try to ‘keep it as clean as you possibly can get’!

The concrete steps have seriously started – and we should all remain strong in support and in adherence. In-fighting or finger pointing should be discouraged – and also ‘witch hunts’ and ‘ghost hunting’ escapades and scenarios!

At the bottom line too, we must not forget all those Omanis and others working for the companies if their lives came to a complete standstill in ending of operations of these companies – and the social impact and upheavals  that may arise!

With sincere and due apologies!

Your Friend and Brother Always,