George Santayana: Those who cannot learn from history are doomed to repeat it.

George Wilhelm Hegel: What experience and history teach is this — that people and governments never have learned anything from history, or acted on principles.

Maya Angelou: History, despite its wrenching pain, cannot be unlived, but if faced with courage, need not be lived again.

Unless we learn from history, we are destined to repeat it. This is no longer merely an academic exercise, but may contain our worlds fate and our destiny – Alex Haley

Imagine hugging the wife of a person who wanted to hang you – but instead got him jailed for 27 years instead!

Verwoerd still strikes a raw nerve with many blacks. Shortly after Mr. Mandela took office, statues of Verwoerd disappeared from some government buildings and town squares.

But Mr. Mandela was not to be deterred from his visit.

“It is always better to sit down and talk,” he said.

Nelson Mandela also invited his previous Jailers to his inauguration as the First Elected Black President of South Africa.

I  was also watching Al Jazeera TV of their Israeli Jew Correspondent who was banished by his own Mother ‘as not being my son!’ – because he had joined demonstrations in support of The Palestinians.

I watch the images of massacre between fighting factions in  in The Forgotten War in CAR – Central African Republic.

Like Obama said – The situation in Israel is not sustainable – it will explode anytime! The only colonized people in the world! And in USA they are just now talking of New Restrictions and Embargoes against Iran. What is wrong with these peoples?

Sad thing The Jews  Zionists and their Supporters esp in USA and UK – will just drive people round the bend – and give Hitler even – said to say it – a ‘sort of good name’!

Will Israel learn the language of peace to solve our worldly problems?

Will we the Arabs also learn? Iraq, Syria … and so many other cases here!!

Perhaps we could have saved Iraq – if there was a real meeting of the minds – and we were ready to talk with each other – and give peace a real chance! So many other lost chances and opportunities too – to take us to this mess now – all the calamities, decadence and malaise!

India too with Pakistan – versus Kashmir. China Japan Korea – the list goes on and on!

The world needs to wake up – before it is too late for mankind!

We need to follow Mandela’s footsteps – For Peace For Human Kind!

The world needs to learn from Mandela! PBUH.

It is time that the Arab and Muslim countries wake up to the atrocities and crimes commited against Rohingyas Muslims!!

We have now holocaust solutions of limiting Muslims only to two children! Are we waiting until they initiate Final Solution like Hitler did to the Jews in the Holocaust?

Arab leaders and stakeholders especially will be asked by Allah on Judgement Day what did they do whilst Muslims were massacred in Burma?

Is it because they are Brown Dark Skinned and have no important resource of oil etc?

The Rohingyas – after the Palestinians – are the most persecuted people in the world!

Whatever a crime of few Muslims the majority should not suffer because of an act of a few!

The irony is after the Bumese President met Obama the atrocities only worsened! Not lessened. It is a slap on the face for Obama and the West – so much occupied for the despicable murder of one British soldiers – but the Rohingyas can go to Hell!

Whilst we looked the other way we lost Palestine. Are we now waiting for the annihilation of the whole Rohingyas race whilst we party and welcome tourists to our lands  – but do not care for the other Muslims because they are poor – and have nothing to give us?

The Burmese Junta are participating in these crimes behind the scenes because of their own hidden agendas. The Buddhists are peaceful loving people in reality but have been hijacked by bloody few Buddhist extremeists and the army.

Extreism and fundamentalism is only Muslims? Shame on the world!

Send home all the Myannamar Buddhists working in the GCC to teach them a lesson! No more trade and relations with them on all fronts! 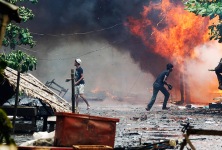 Stop the oil, trade and relations all the Arab countries at least.

I cry for the Rohingyas! 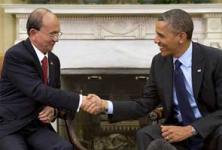 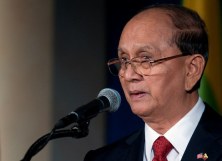 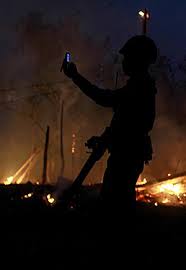