Return To The Right Path and Ways Now!

Before it is too late for you!

An Open Message To Those That Use Others To Kill, Maim and Destroy! 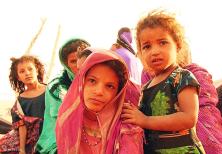 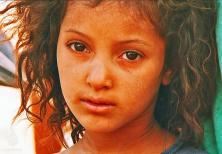 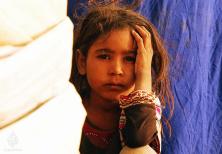 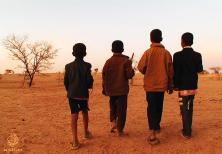 Images – Orphans of The Sahara

I was watching this documentary – Orphans of The Sahara – see my article here – https://majidsn.com/2014/01/11/orphans-of-the-sahara/ – and it made me realise that the world is full of problems that left unsolved would come to haunt and torture us in the future! I similarly believe that the unjustified invasion of Iraq under guise of WMDs and Israeli intransigence are the main causes of what the world is today – a dangerous world – full of calamities, destruction, havoc, miseries, decadence and malaise! Full of hatreds, animosities, divisions and splits amongst peoples – and even within some of the countries too!

We will all die one day – as did Sharon – https://majidsn.com/2014/01/15/sharons-legacy-only-death-is-irreversible/ – and before we meet our Maker – and The Punishment on Earth, The Grave and Eternal Hell Fire! We will leave the world empty handed just like we came – see Alexander’s Three Wishes below! No one is going to stay in this world for ever – however powerful and great that you think yourself to be!

Read also Why I Like Oman Foreign Policies here! http://majidall.com/?s=why+i+like

The problems that we are facing in the world today is people thinking they are always right, correct and ethical – and others are not. And twisted ironies where legal becomes illegal – and illegal becomes legal by use of force, torture, victimisation – and blind support from bigger more powerful forces – who should know better and are acting against the very principles, ethics and focuses that they really and originally stood for – in order to achieve quick short term personal and selfish interests!

And shouting Wolf – Fire – in order to scare and frighten people to think and act like them! Or to heed their calls! It is, therefore, very important for us especially The Believers – even if in vain and name only! – to return to the Right Path and Ways – before it is too late for you!

The Religious Leaders, Elders and Heads need to do more to bring people in together – instead of dividing peoples and nations! Lead by examples, deeds and actions – by ethics and principles – and how to behave and interact with others in life – knowing we will all die one day – and held responsible for our actions – and inactions too!

Sayings – Return To The Right Path (and Ways)

The Three Final Wishes of Alexander the Great Alexander

Alexander was a great Greek king. As a military commander, he was undefeated and the most successful throughout history. On his way home from conquering many countries, he came down with an illness. At that moment, his captured territories, powerful army, sharp swords, and wealth all had no meaning to him. He realized that death would soon arrive and he would be unable to return to his homeland. He told his officers: “I will soon leave this world. I have three final wishes. You need to carry out what I tell you.” His generals, in tears, agreed.

“My first wish is to have my physician bring my coffin home alone. After a gasping for air, Alexander continued: “My second wish is scatter the gold, silver, and gems from my treasure-house along the path to the tomb when you ship my coffin to the grave.” After wrapping in a woolen blanket and resting for a while, he said: “My final wish it to put my hands outside the coffin.” People surrounding him all were very curious, but no one dare to ask the reason. Alexander’s most favored general kissed his hand and asked: “My Majesty, We will follow your instruction. But can you tell us why you want us to do it this way?”

After taking a deep breath, Alexander said: “I want everyone to understand the three lessons I have learned. To let my physician carry my coffin alone is to let people realize that a physician cannot really cure people’s illness. Especially when they face death, the physicians are powerless. I hope people will learn to treasure their lives. My second wish is to tell people not to be like me in pursuing wealth. I spent my whole life pursuing wealth, but I was wasting my time most of the time. My third wish to let people understand that I came to this world in empty hands and I will leave this world also in empty hands.” he closed his eyes after finished talking and stopped breathing.