At My Workplace! (Outlook)

The Hopes of Others!

There is nothing so mean, vicious, brutal, cruel and dastardly in life than trying to destroy someone’s life, hopes, dreams and aspirations by imposing your own standards and values on top of theirs – and your rules and regulations – even if they are peculiar, far-fetched and lack the coherence, ethics, principles and professionalism – let alone in humanity and human values!

A long time ago when my late Father – peace be upon him – was still alive – he cautioned us about things in your life in going to important and famous people to ask for any help and or assistance from anyone. Even if they can do so – even by just lifting a phone – and all your problems are all over – like a magic wand! If you need help – the old man added – go to pray to your Lord only  – but do not forget to tie your camel – whilst you do so. That is trying your level best to help yourself first as best as you can – because God always Helps those who help themselves! 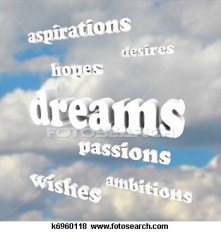 Also the Lord likes it and gives when you ask him. But for human beings – the more you ask – the more you lose your respects, standing, value and reputation. You end up being avoided and considered as trouble – and an embarrassment – especially to those that just had come into riches, promotions and climbing up the social ladder!

Some years ago, I had a young Omani girl who had applied for a job as an Executive Secretary. This mystified me a lot – because first of all – the girl had just graduated in Engineering studies in our own University. Secondly – she did not have any Secretarial experiences. So I was very much interested why she was applying for this job now – and had called her for an interview. Then she told me her sad state of life – with her father being blind – and her disabled mother – and she was the eldest – and the only hope left for her family now – to get out from this stalemate situation. 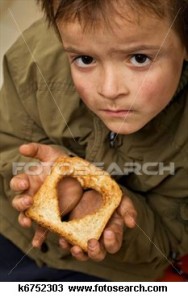 All Images are for demonstration purposes only!

At that time, she was not getting any engineering or technical jobs being not experienced. Nobody was giving her a chance or break – because first she was a woman – and secondly she came from the Interior – and she would need to go back home during the weekends. What really killed me is her sadly lamenting that nobody from our own is coming forward to help her now – when she most needed the help!

So as the East Africans say – I carved (cut) my face! That is I went to my American CEO – and I told him about the sad case. Initially, he was casual – but when he realized that I was dead serious – he relented – and suffices to say that the girl got a sort of best-fit technical job that we could only offer at that time! The question to ask – with due apologies – how many people will do this?

One time my then British CEO had called me in to see if I could do this thing for him – within the rules and regulations of the Company. There was this Gardener – that after greeting the CEO – as he was parking his car – as the Gardener was watering this big tree near a reserved Management parking area. The Gardener was saying to the CEO – in his broken English – This tree now big – I still small! Making indications and signals that he had planted the tree to grow to this big after many years – but his salary had not changed much! This made the CEO feel very self-conscious and guilty – and he asked me – if there was any way we could help him?

It surprised me a lot as to why the CEO had come straight to me – instead of going straight to my senior bosses – be they local like me? I guess he knew what he was doing! Soon after the man was promoted – after me showing him the CEO – how it could be done – breaking no rules and regulations – but bending it a bit! The day the man got the promotion – he cried profusely and uncontrollably. That was his only job promotion in over 12 years! A year or so later the poor man had died!

When my Consultancy was dying – like as a sick man with cancer – I went around all the VIPs I knew – but each one turned their backs at me. One of them told me pointblank that he is not in my line of business – and another that I write a full and detailed report for him on my status quo – and then he will look at it! In actual fact, whenever he saw me in social functions – he pretended not to see me – and whenever I had called him – he never answered. Once I used another number he did not know – but he again curtly said I am still looking at it – and hung up! That is why it is called curving up your face!

Sometimes in life we are lost as to why things take a very bad turn in our lives – and we suffer bad things – and lose that is which is most near and dear to us. What we forget is the bad things that we do to others! Or as the saying goes – that what goes around – comes around! It may take time – and years pass – and then one day you get hit – by your own actions – and or inactions! Everybody is responsible for what one does – or does not do in one’s life!

People will only fondly remember you by what you have done – and especially your contributions, assistance and help to others. Because if you are not kind to your fellow human being in need – how can you expect the good Lord to be kind, merciful and compassionate to you in your grave and the Day of Reckoning? We need to look into this very deeply – and in self-consciousness to reflect – and review – and act upon one’s in life dealings, pursuits and focuses.

May the Good Lord Protect and Preserve us all – Amin – Amen.