What Is Happening To Us Now? 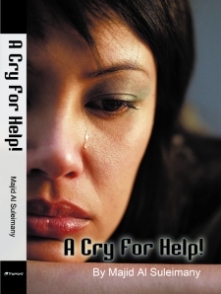 As some of you may know, I was a Columnist for The Oman Daily Observer for the past 13 years until November 2013 when my two columns – with a legal enforceable contract signed by both parties for two columns on a continued basis – unless one rescinded in writing and giving one month notice period – was abruptly cut to one article only.

When I complained, the new man in charge – fellow Omani National – asked me to write a story with Omani theme for their new magazine Weekend – which I did – but they replied it ‘was not suitable for their requirements`! I found it only missing the next day in the magazine. I wrote and called but no one answered.

Before that for more than 6 months they did not pay me for my articles . When I complained my emails were blocked by the top guy (also Omani National)! Eventually and belatedly they paid me! Because at one time I had quit because of ‘late payments’ but was persuaded to come back because the same new man promised you will be paid – which they did – eventually 6 months later and even here periodically!

I was given an email ultimatum of only one column – or not at all! I chose the later – that is why you do not see my columns anymore now! The Indian Mafias and The Old Guards have won again to kill The Truth guy speaking out again!

Should these things happen in Oman from a Government run paper? You be the Judge!

And yes I am also Author of 10 books www.myownmajid.com I had to beg them to cover my books for the new ones even The Road Safety Ones www.bethesafedriver.com though Muscat Daily easily covered my books on a public interest as Omani Author! Do I need to say more? Sad!!

The books they cover are from VIPs and outsiders – and picture books or children books – but no serious stuff like mine that makes you think! They can even cover Malala – but not their own!

Is this a National Policy? Even the CIA looks after itself! Yet we see live how a school graffiti destroyed a whole nation – but yet we do not see or hear! Or allow people to speak! And yes – No one is afraid anymore!

If this can happen to an Omani National Senior Professional I dread to think what would happen to the younger ones in other media  places! Very scary even to think about it!

The Big Question – Should a Government National Newspaper be run this way get involved – because these things have been known to effect us all in one way or the other – See The Mouse Trap Story!

I just had to share this one with you all!

A mouse looked through the crack in the wall to see the farmer and his wife open a package.

What food might this contain? The mouse wondered – he was devastated to discover it was a mousetrap.

The pig sympathized, but said, I am so very sorry, Mr. Mouse, but there is nothing I can do about it but pray. ‘Be assured you are in my prayers.’ The mouse turned to the cow and said ‘There is a mousetrap in the house! There is a mousetrap in the house!’
The cow said, ‘Wow, Mr. Mouse. I’m sorry for you, but it’s no skin off my nose.’
So, the mouse returned to the house, head down and dejected, to face the farmer’s mousetrap alone.

That very night a sound was heard throughout the house — like the sound of a mousetrap catching its prey. The farmer’s wife rushed to see what was caught. In the darkness, she did not see it was a venomous snake whose tail the trap had caught. The snake bit the farmer’s wife. The farmer rushed her to the hospital , and she returned home with a fever.

Everyone knows you treat a fever with fresh chicken soup, so the farmer took his hatchet to the farmyard for the soup’s main ingredient.

But his wife’s sickness continued, so friends and neighbours came to sit with her around the clock. To feed them, the farmer butchered the pig. The farmer’s wife did not get well; she died. So many people came for her funeral, the farmer had the cow slaughtered to provide enough meat for all of them.
The mouse looked upon it all from his crack in the wall with great sadness.  So, the next time you hear someone is facing a problem and think it doesn’t concern you, remember — when one of us is threatened, we are all at risk.

We are all involved in this journey called life. We must keep an eye out for one another and make an extra effort to encourage one another.

EACH OF US IS A VITAL THREAD IN ANOTHER PERSON’S TAPESTRY;

OUR LIVES ARE WOVEN TOGETHER FOR A REASON.

With sincere due apologies!

Images – Open Your Eyes! – For Demonstration Purposes Only!

Apart from the devastations caused by typhoon Haiyan in especially Philippines – it was very interesting to watch the headline news in three different newspapers on the same day – and each one with different priority of what was meant for the headline side! Perhaps coupled with different focuses – and perhaps with view of their usual main Readers – and possibly I would not discount the way things are going nowadays of ‘their (hidden) agendas’ even!

Then we have some of the columnists who have not made a decision yet of which side to support – and move between sides as they go on – perhaps in trying to please everyone – and in the end perhaps none – as is the usual case! In one of the newspapers – they were saying why Oman is amongst the highest liked place by expatriates living in the countries – and according to the researched study index! They gave break downs and comparisons of the other places in the conducted research works down.

I guess anything good news for the country must go in capital headline news – but I am not too sure – seeing the other bits and pieces that do make their way sometimes – and it makes you think aloud of what is going on! If you will excuse the scepticism and cynicism!

In the other newspaper a great worry and concern is expressed why the young Omanis are still not interested in Private Sector jobs – and the continued rising trend of increasing lots of leaving their jobs for the preferred Public Sector jobs – or even just go without! This last part is really worrisome and scary – especially with the added bit of many of them being terminated for one reason or the other! The reasons are not explicitly given – and neither are the possible solutions to the crisis!

It reminds me of a long time ago British boss who told me point blank and without mincing his words – do not come to me with a problem – unless you have three solutions at least – and at least one is plausible and workable! He did not realise with whom he was dealing with at the time – because I gently reminded him that the problem was carefully analysed and researched by me – and could he please reread his emails? With the retort – I am quite busy now – and will eventually do so!

At least my conscience goes clear that I did my required job part in highlighting live the situation – and the rest is not up to me then! And whenever I did say this – it got them working hard – whether they liked it or not – because as the label went ‘he is the barometer of what is going on’ – and we do need not to ignore him – and our loss only!

That is how I became infamous popular – but if you have read my columns and books – I have blown my trumpet there many times before!

Especially in my Arab Management books Psychology of Arab Management Thinking! and A Cry For Help! – http://www.myownmajid.com. As aforementioned – I feel I have done my part as a loyal and faithful citizen – with great concerns, worries and priorities to see things ‘do not go’ wrong – and if they have – what to do about them! Anyway and as in many cases – I hate saying ‘I told you so!’

*** In one of the places that I had worked some time ago – this top personality was telling me this – Please open your eyes – and see! This after calling me to his place to put me in my place – because of highlighting situations that ‘it was more them that did not see – but anyway, that is another story for now! Only I learnt far later – that he had actually prepared a Termination Letter for me that day – but he was at least receptive when I told him what I had to say – and appealing to his conscience of ‘us both being citizens of the land – and for the sake of our children – and their children’s future!

I was also watching this programme in Al Jazeera Television of Inside Syria – and how each adversaries kept to their lines and stories – and each one believed he was completely right – and the other one completely wrong! Nothing has changed much – we still do the very same – and still have not learnt our lessons in life – and the teachings of mistakes and in history – even if we see live the disasters and devastations man-made – and even in typhoon Haiyan etc. Will we wake up and see?

Please Open Your Eyes – And See!