*** My Last Oman Observer Article – Between Us Only!

From The Coast! Oman TV Presentation!

*** All these articles upto this one are now incorporated in My Last Between Us Only! Book – Wipe My Tears!

From The Coast is a new Oman TV production series of 30 episodes about Oman and Zanzibar – and is being shown during the Holy month of Ramadhan 2013. Every day after Iftar Breakfast at 19.30hrs. You can find Episode 1 and links to the rest here https://www.youtube.com/watch?v=p1oOXtP2xLU&feature=youtube_gdata_player

The series carry many highly personalized emotional and sensitive topics to many of us all pertaining to the relationships – but particularly to the remaining in the islands of original Omani descent and ancestry! In one case there is an interview with HE The Minister of Foreign Affairs Yousuf Alawi – and his personal take and views on the subject – which was a great eye opener for even me thought well versed with the topic!

The programme refreshes our memories about these bygone glorious days. It is noteworthy that the 25 minute programme directed by Ahmed al Hadri will be shown during the whole of Ramadhan. The director is delighted that he has been able direct a cultural programme that would bring back a beautiful and magnificent life spent in Zanzibar.

There are many other sensitive, dramatic and highly emotional topics – for example in one of the interviwees – who looks all Omani in every aspect – refusing to talk to the TV Crew because ‘he is still angry that he has not been successful to return to Oman’ – though some of his children did! That brings us to the discussion point that there are many families here like him who have families split between those still there – and some who did return. In my own family – I have had uncles and aunts there – with the families there still – and though some of them do still wish to come – with the majority that did come back in the early 1970s – they are not able to!

I believe an Indian crew – and others too for that matter – could also run a similar programme of now as Omanis – but there originality coming from India and the other places too. In one of my returning trips to Oman from a course in UK – there was this British man in front of me for the queue for only Omanis and The GCC. So M being M – without closing his mouth – and removing all doubt! – politely pointed out to him that he was in the wrong queue! To which the good man turned to me waving his Omani passport – and curtly remarking – You mean this will not work here? He cleared faster than I was able to – anyway! And that told me a lot of things – some perhaps I may not have preffered to have heard then! 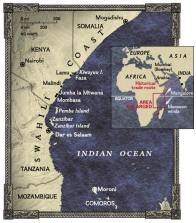 We too have family members that are citizens of other countries all over the world – USA, UK, Canada, India etc – and apart of those that the programme is supposed to cover – from Somalia all the way down to Mozambique even – and to the West of Africa to Ruanda, Burundi, Zaire and The Congos! Part and parcel of the only non-European colonial empire that belonged to Oman then! In some of the places – though under different flags and nationalities – even for the locals – they hold dear close fond memories of their times under The Oman Empire then! A great nation and reckoning power that was able to put its name, records and history – legacy, destiny etc. with colonial nations like British, France and others.

Researchers and social scientists – and in our future Omani youngsters especially – need to make a study of what had happened that this great power went that down that fast – if we even were there before the so-called great colonialists came well after us even – in many cases – and even in history records the colonialists had to come to Oman allegiances to ‘solve many of their problems that they were facing at the time – and Omani allegiances came to save the day for them – and everyone else around them for that matter! Perhaps even we had put too much trust and confidence with others that we thought were our friends – and had our best interests at heart – whilst quietly underground working against us – in harmful destructive wanton ways – whilst we lived in delusion and in wishful thinking!

And the same thing being repeated all over again – then and in the later chapters of history – and whilst we continue to have the self induced slumber – because and whilst we look at the smaller things in life – and cannot see the bush because of the trees – the bigger picture – and looking outside the box even! The truth cannot be denied that even great and powerful nations like USA, UK and France – have many minority ethnic citizens that had originated from the other countries – and especially from their ex colonies like UK and France cases – and the later constituting to even more than 10% of the total population even! I was watching this highly emotional programme of under 18 youth in Norway coming together to protect a young girl of 16 – who was inadvertently a Muslim! It made me feel so bad ‘with quick decisions of choosing sides’ that I got it all wrong at the programme start – and as a human being with feelings and care foir others – and human beings coming to do the right, correct and ethical thing – even if late and inadvertently – had made me feel that guilty – that I could not stop the tears even!

Sometimes I just cannot stop admiring the ‘adversary’ – because for countries like in Israel – whether you are black, brown or white – you are a Jew first – and if even they will kick out the ‘original owners of the land’ – to make space for their own people wherever they came from different parts of the world – even from Ethiopia! I read in The Hadith of Allah God of those people that helo and support one another – and wonder out aloud maybe that could be the reason that they are always winning and victorious? One cannot just stop thinking along these lines, anyway! Oman TV should make the programmes translated into English, French, German etc so that a wider audience of the world can get a hold of its great powerful message – of a great powerful Arab Nation – that had not only made and created history in the world – but a force to be reckoned – recognised and to be admired too!

Thanks to Oman TV – and MOI. I have carried a lot of the East African stories in my books – especially The Between Us Only! series – more information here and at www.myownmajid.com – some serious – but many funny anecdotes – and certainly worth reading – and not time-waters! But do not just take my word for it!

Happy 43rd Renaissance Day – May Allah Give HM long life and health – Amin, And for my British fans – great news, indeed, for the new third in line to the throne baby boy – and my guess is he is going to be called Michael? 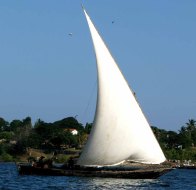 All these articles are now incorporated in My Last Between Us Only! Book – Wipe My Tears!